Hero and RM Sotheby’s, the world’s largest auction house for investment-quality automobiles, are delighted to announce their collaborative partnership.

RM Sotheby’s proudly accounted for five of the top 10 sales in the 2015/16 season, including the most valuable car sold not only in 2015, but in RM history: the Ferrari 290 MM for $28m. In 2016, their Monterey sale saw more records tumble, led by the Le Mans-winning Jaguar D-Type: the top seller of Monterey week, its $21.7m price made it the most valuable British car sold at auction. It was certainly refreshing to see the D-Type, along with the Alfa 2.9 ($19.8m) join the all-time top 10 most valuable cars sold at auction—a list almost exclusively dominated by Ferraris in recent years.

RM Sotheby’s Mr Peter Wallman said: “We are delighted to have formed this strategic partnership with HERO.  Having personally participated in the 1000 mile trial in a chain-gang Frazer Nash I can certainly speak very highly of the excellent organisation, participation, challenging nature and relaxed atmosphere of this important historic rally.  Combining HERO’s fresh approach with the long-standing track record of Rally organisation provided by the RAC and the MSA has given this event an exciting new lease of life.  The analogue joys and challenges that are associated with fast pre-war motoring are not to be under-estimated and it is events like the 1000 Mile Trial that will maintain their collector and enthusiast status for many years to come.”

On 8 February, RM Sotheby’s returns to Paris for its fourth annual sale during the world-famous Rétromobile show week.  The evening sale will kick start RM’s 2017 calendar in spectacular fashion with a carefully curated roster of 78 motor cars, including select highlights below. A complete list of entries is available for viewing in the digital catalogue, online here 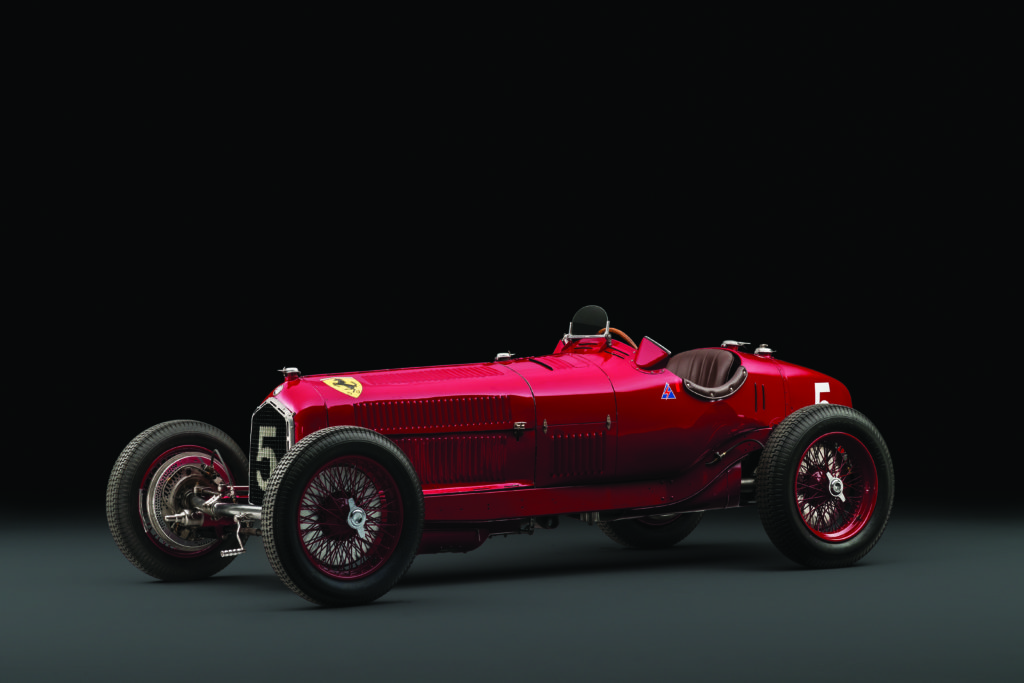 Campaigned by Scuderia Ferrari during the 1934 and 1935 Grand Prix seasons, and piloted by the likes of Tazio Nuvolari, Achille Varzi, and Pierre Louis-Dreyfus, this Alfa P3 Tipo B is the undisputed star of RM Sotheby’s Paris auction. An extremely authentic example, it boasts unbroken provenance since its departure from the Scuderia when it was campaigned by Frank Ashby in both England and Australia. An extremely beautiful car both at a standstill and at speed, it would be welcome at virtually any motoring event. 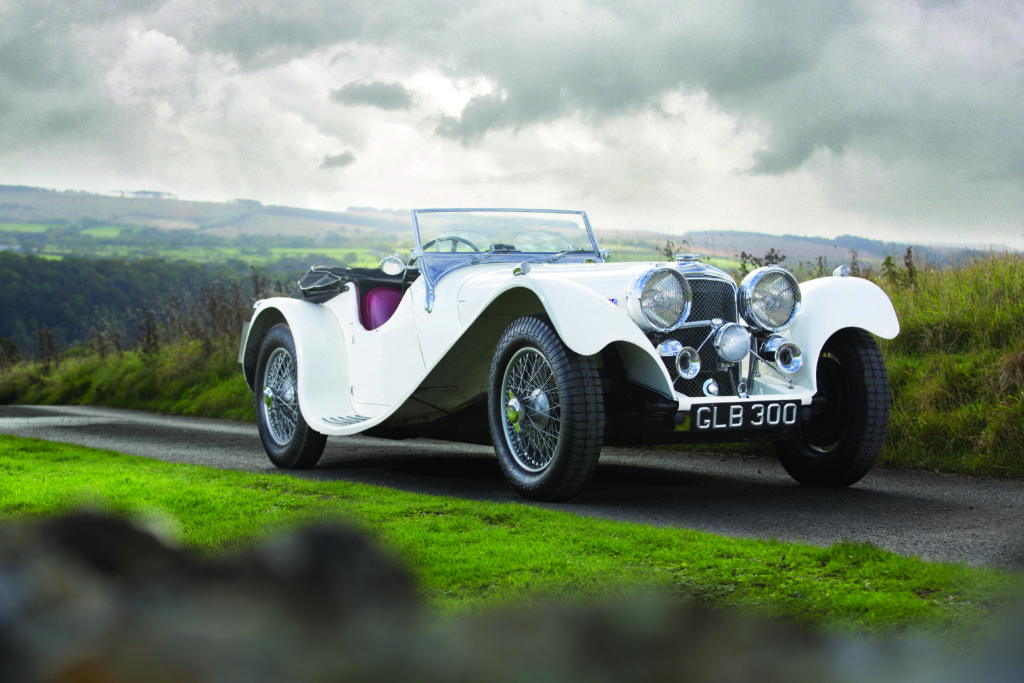 1941 SS 100 Jaguar 2½-Litre Roadster
€385.000 – €445.000
One of the last SS 100’s built and one of only six delivered in 1941, this example boasts continuous provenance from 1950 and is exceptionally well documented, including a buff logbook and letters and invoices dating back over sixty years. Very well kept and gently enjoyed by its current custodian, it would be a wonderful addition to any garage. 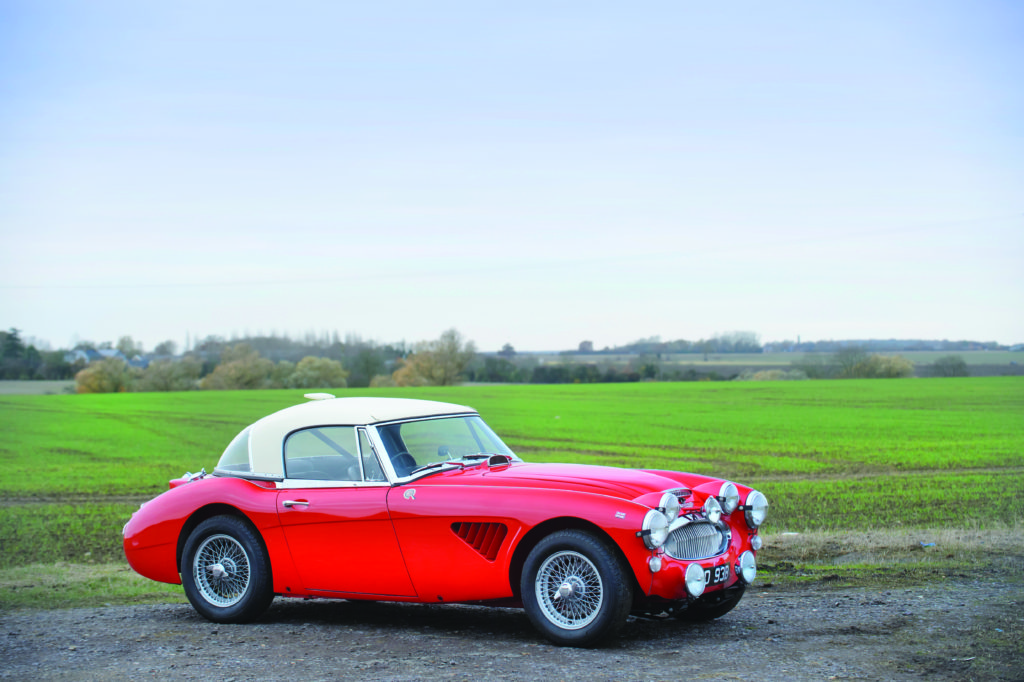 1964 Austin-Healey 3000 Mk III BJ8 Works Rally Car
€340.000 – €450.000
The winner of the 1964 Spa-Sofia-Liège rally with Rauno Aaltonen and Tony Ambrose, this Austin-Healey 3000 Mk III BJ8 is one of just three works cars prepped by the factory for use in the 1964 season. Offered from the stable of Peter Livanos, it boasts a FIA-MIA technical passport valid until 2020 and would be an ideal entrant at vintage driving events worldwide.

As a premier HERO member, RM Sotheby’s is delighted to offer you with a complimentary copy of its Paris auction catalogue, and invite you to join them for the sale at the stunning Place Vauban. If you are interested in receiving a catalogue, or attending the Paris auction, please contact Anne Boucher at  ABoucher@rmsothebys.com.

It’s a rare old thing to arrive at Lands End for the beginning of LeJog and be able to see the sea, in fact I can’t really remember a time when the ancie...

As the New Zealand flag is ready to fall on the international competitors who are facing 3000 kms and seven days of hard rallying in the renowned marathon Si...

LeJog 2022 – ‘Joggers to Compete in the Hardest of them All

There aren’t many things to say about LeJog that haven’t been said already, or that people don’t know. It is one of the toughest historic endurance ral...