John Kiff recollects the epic first running of Le Jog, the toughest classic event in Europe. Did we mention that he won a Gold medal too?

Somewhat warmed and restored by the Trout Inn’s hospitality, it was time for the rest of Wales!  So, done Epynt… Abergwesyn… hmm, what’s the next classic section?  How about Elan Valley?  Naturally!  As a warm-up we turned left out of the Trout and onto the fabulous B4358 north-east to Newbridge-on-Wye.  Not driven it?  Put it on your list.

Starting just before the derestriction signs on the B-road outside Rhayader we were challenged with a deep-dark 28.5-mile regularity of the lashing rain, remote reservoirs and moorland roads of the Elan Valley to take us all the way to back door of the Hafod Hotel in Devil’s Bridge.  Over the 3 timing points manned by CSMA West Midlands, Dron/Francis/Byrne took the honours on 8 seconds and I must have been getting into my stride as we were only 3 seconds adrift.

A short run to the rally-friendly Rheidol Filling Station at Ponterwyd and another “FILL RIGHT UP” instruction preceded more reservoirs and moorlands in the shape of Regularity F, Nant-y-Moch.  Not only did we have to find the white below the dam but there was also a sting in the tail in the shape of the really narrow and twisty lanes through Cefngweiriog north of Tal-y-Bont – not a road I knew.  The five TPs saw penalties aplenty even for the top crews and especially heavy ones at the last TP.

We emerged onto the A487 ‘Welsh Coastal Highway’ somewhat gratefully to then sprint north to Dinas Mawddwy and yet another classic section – a series of TCs over the infamous Bwlch-y-Groes (the highest pass in Wales) down to the top end of Lake Vyrnwy then over the Aberhirnant pass: steep, bleak, narrow, twisty, windy, wet.  It was great to see familiar faces behind the clocks, among them Edwyn Evans and Keith Jenkins both still competing today.  Despite the weather and terrain 12 crews managed to be clean.  On the 20th LE JOG this was a regularity with TPs at 2-mile intervals…  No clean sheets…

Now well into the early hours, we made our way to that iconic Welsh rally venue and scene of countless RACs, Thomas Motor Mart near Corwen for a welcome strong coffee.  But Wales hadn’t finished with us yet.  6.5 miles down the road was RS G called ‘Llantysilio Mountain’.  What this name didn’t reveal was that the route, with its 5 timing points also took us over World’s End.  Like Nant-y-Moch it also had a sting in the tail: with eyes nearly closing we had to find our way down to, into, through and out of the ford through the River Clywedog at Nant Mill just east of Wrexham.  The pre-war cars were given a ‘bye’ for this reg. and seven other crews opted to miss it out altogether as well.  For the rest, penalties were heavy once again although Mr. Francis was the least worst! Tiredness was clearly taking its toll.

Relief for the navigators at getting ‘through Wales’ was soon tempered by the sudden realisation that rest and breakfast were 60 miles away at Charnock Richard Service on the M6 and…we had to swap seats again and drive there!  Not an experience I wish to repeat as I recall having more than one close-up, literally eye-opening, view of the Armco on the central reservation of the M56!

But, John Brown had relented somewhat as he’d allowed us a 2-hour break before checking out at MC9 and even told us that rooms were available ‘for a shower and change’ (!) in the adjacent Travelodge for £10.  Evan and I nodded in agreement and picked our way across the icy car park, collapsed on the beds in our clothes and, apart from a quick face wash, didn’t trouble the bathing facilities.  The next 14 hours to Edinburgh were going to prove that those 30 minutes asleep were time and money well spent. 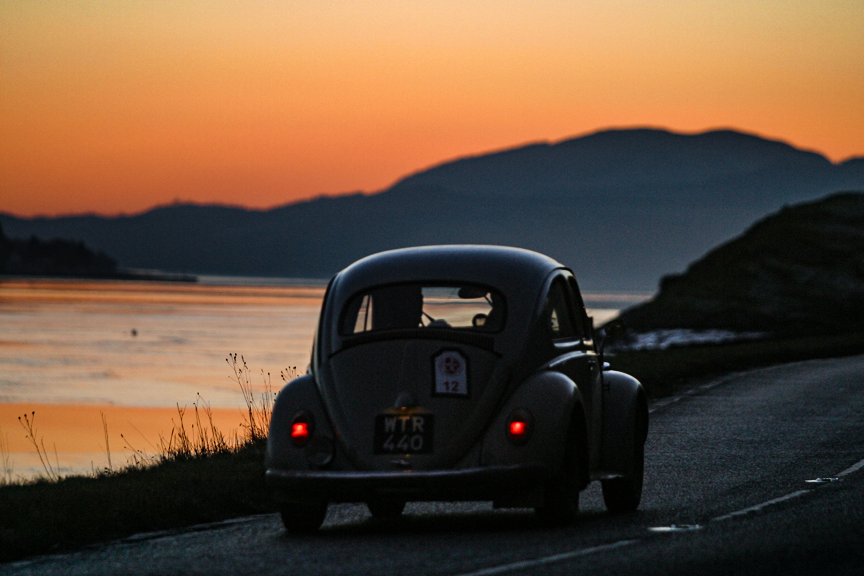